Stopping Cannabis Discrimination in the Workplace Starts with President Biden 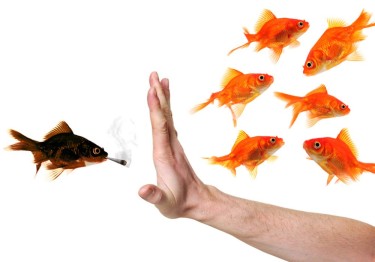 We Need To Stop Discriminating Against Cannabis Use In The Workplace And Why This Starts With Pres. Biden

It’s 2022, and cannabis consumers around the country can still face discrimination in the workplace for current or past cannabis use.

Drug testing for marijuana should simply no longer be a thing. The exception to this argument is in safety-sensitive jobs, such as those that may require the employee to drive or operate machinery; but otherwise, with desk jobs, it’s already inhumane and outright wrong to punish people for cannabis use – whether they choose to do this recreationally or are legally allowed to with an MMJ card.

At the time of writing, adult use marijuana is already legal in 19 states plus Washington DC and Guam while 39 states as well as the District of Columbia, Puerto Rico, the US Virgin Islands, and Guam have legalized it for medical use. Yet employer discrimination for cannabis use is still so widespread, costing people their jobs and a chance at their career. This all has to end but for it to do so, we must look to our very own President.

Pres. Biden Has Not Been True To His Campaign Promises

Back in 2020, Pres. Joe Biden pledged that he would decriminalize cannabis use and even expunge past cannabis crimes. He made promises to back the right of states to reschedule and legalize cannabis. Unfortunately, it seems that he has fallen short of his promises. To make things worse, last June, the White House announced that interns who wanted to apply but past cannabis use may get them disqualified. From June 6 to 24, an application window for White House interns opened but the frequently asked questions page of the website indicated that past cannabis use can disqualify interns.

They did this, even after the fact that US Office of Personnel Management (OPM) senior adviser Kathleen M. McGettigan released guidance in 2021 that federal agencies shouldn’t automatically disqualify individuals from working in federal services just because of previous marijuana use. “OPM’s suitability regulations regarding illegal drug use do not permit agencies to automatically find individuals unsuitable for federal service on the basis of marijuana use prior to appointment,” she says in the memo. “Even where an individual has illegally used marijuana without evidence of substantial rehabilitation, agencies cannot find an individual unsuitable unless there is a nexus between the conduct and the integrity or …. the efficiency of service,” it reads.

However, federal employees are still subject to a bill, called the EO 12564 or the Drug-Free Workplace, mandating federal employees to abstain from use of federally illegal drugs. It also states that current users of illegal drugs may not be suitable for employment. But why would then they sack past cannabis use and not give existing employees a chance for reform?

Prior to that, in May 2021, dozens of staff at the White House were either asked to resign, suspended, or made to participate in a remote work program just because of their previous cannabis use. This is wrong in so many ways, especially since Pres. Biden made it seem during his campaign that he would be supporting cannabis legalization. There were also cases of staff who were told by their superiors that the administration would overlook some cannabis use, but later on, they were eventually asked to resign.

“There were one-on-one calls with individual affected staffers – rather, ex-staffers,” one ex-White House staff who was sacked, told The Daily Beast. “I was asked to resign,” they said. They went on to add that no aspect of the decisions were even explained to them, and that the decisions were led by Anne Filipic, White House Director of Management and Administration. “The policies were never explained, the threshold for what was excusable and what was inexcusable was never explained,” they said.

A White House spokesperson responded about the issues, saying that the government is “committed to bringing the best people into government – especially the young people whose commitment to public service can deepen in these positions,” they said. “The White House’s policy will maintain the absolute highest standards for service in government that the president expects from his administration, while acknowledging the reality that state and local marijuana laws have changed significantly across the country in recent years,” they said. “This decision was made following intensive consultation with career officials and will effectively protect our national security while modernizing policies to ensure that talented and otherwise well-qualified applicants with limited marijuana use will not be barred from serving the American people,” reported The Daily Beast.

In that case, why did they still prevent interns from applying to the White House internship program?

Cannabis Bans In The Workplace Are Not Necessary

Again, unless the physical safety of others is at risk, there is no need to ban past or current cannabis use when hiring people. Definitely people who drive and fly, restaurant employees who work around open flames, and other similar workers have to face stricter safety and drug use policies.

But for the rest of the employees, there are ways for human resources managers to make reasonable drug policies, but completely preventing staff from using it just not fair.

CANNABIS DISCRIMINATION AT WORK, READ ON… 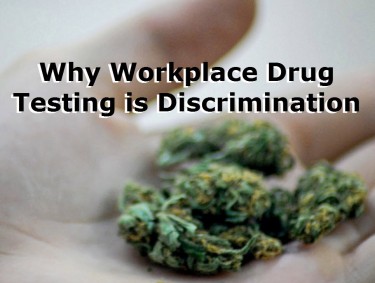 WHY WORKPLACE DRUG TESTING IS DISCRIMINATION!

ALL ABOUT MARIJUANA | SIDEEFFECT OF WEED | HINDI | ANI RAY