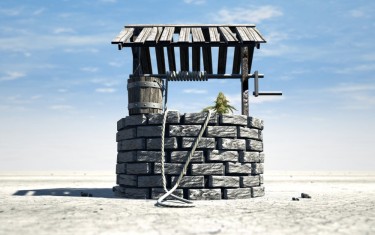 In farming, a lot of water is required, which is why reckless irrigation practices like channeling water from rivers and streams can result in massive damage to wildlife and interrupt the flow and balance of nature. With the extent to which there is a need for marijuana, sensible irrigation practices in marijuana farming are a must, specifically in states like California that are known for their droughts and marijuana.

It is for this reason that a research group from the Cannabis Research Center at UC Berkeley probed into water-source data and irrigation practices of marijuana farms with licenses in the top eleven marijuana-producing counties across California, including Lake, Santa Cruz, Luis Obispo, Humboldt, Nevada, Monterey, San Luis, Sonoma, Mendocino, Yolo, Santa Barbara, and Trinity.

The researchers draw attention to the fact that, in California, marijuana farms are mostly situated in areas that do not have access to centralized water transportation systems or regulated groundwater basins like many other crops. This originated from the illegal status of the plant, which drove cultivators into other regions that are more secluded. In spite of the move from prohibited plants to legitimate, taxed commodities, the authors make it known that the present geographic distribution of the farms is still similar to the prohibition legacy.

The good thing is that the marijuana farms that were considered rarely depended on streams for water. However, the preferred irrigation source for most of them, which is groundwater wells, is hardly a safer alternative if it is to be considered as an alternative at all.

Theodore Grantham, one of the researchers, explained that wells drilled close to streams in upland watersheds can cause fast streamflow depletion comparable to direct surface water diversions. The subtraction of water from these wells may disturb surface water and aquatic ecosystems by taking water that was heading ultimately into streams.

In nine of the eleven counties, groundwater wells comprised over 75% of marijuana farms’ water use. Moreover, out of those counties, eight have more than 25% of the farms connected to wells located outside groundwater basins under the state groundwater use regulations.

Grantham stated that the majority of the marijuana farms fall outside of the groundwater basins controlled by The Sustainable Groundwater Management Act (SGMA). Therefore well use signifies an important but widely unregulated threat to streams in that region.

This was identified by the researchers as an obvious gap in information that needed to be addressed.

As is to be anticipated, the bigger the marijuana farm and its acreage, the higher the quantity of groundwater will be used for its irrigation; meanwhile, farms that receive more rainfall or have their stream uses less groundwater.

Another critical note is that these discoveries do not cover the total extent of groundwater use for marijuana farming in California. There are unregulated farms as well.

This research emphasizes the necessity for further study that would increase awareness of the effects of groundwater use, specifically outside of the controlled groundwater basins.

THE SITUATION IN CALIFORNIA AND SOME OTHER STATES

From forests to dusty towns in the western part of the United States, illicit cannabis cultivators are grabbing water in unbridled amounts even as there isn’t enough to go around most times for the permitted users. Disputes about water have been for a long while, but illicit cannabis farms, which increase regardless of legalization in various Western states, are adding more stress during an intense drought.

According to the Cannabis Research Center at the University of California, Berkeley, California, where cannabis has been legalized for recreational use since 2016, you will still find more illegal marijuana farms than you would licensed farms.

Even tiny diversions can dry up streams and harm aquatic plants and wildlife because the greatest water need for marijuana occurs during the dry season, when streamflow is at its lowest levels, according to a report by the center.

Several jurisdictions are retaliating. In May, the Siskiyou County Board of Supervisors in California passed a law prohibiting vehicles carrying 100 gallons or more of water from utilizing the highways that go to desert regions where 2,000 illegal cannabis grows are allegedly consuming millions of gallons of water per day.

The illicit grows are eating away at the precious surface water and groundwater resources and endangering recreational, residential, and agricultural water use, stated the county ordinance. In other states like Oregon, the number of illicit cultivations appears to have grown recently as the Pacific Northwest survived its driest spring since 1924.

According to Mark Pettinger, spokesman for the Oregon Liquor and Cannabis Commission, many farms are operating under the pretense of being hemp farms, which were made legal nationally under the 2018 Farm Bill.

Sheriff Dave Daniel of Josephine County in southern Oregon estimates that hundreds of illegal grows there, many of which are funded by foreign capital. Despite the fact that there are so many growing, he thinks the funders anticipate losing a few of them, so many of them will continue to grow until the marijuana is harvested and sold on the illicit market outside of Oregon.

According to Pettinger, none of the new locations has a permit to cultivate marijuana for recreational use. Regulators suspended processing new applications until January 2022 after being confronted in 2019 with a backlog of license applications and an abundance of marijuana that had been legalized.

According to Daniel, the unlawful growth has had “catastrophic” effects on the availability of natural water supplies. The water table, which marks the subsurface boundary between soil that has been saturated with water and soil that has not, is falling, and several creeks have dried up far sooner than usual.

Due to the hard droughts that occurq in California and the number of illegal cannabis farms that do not get regulated water supply, these farmers go on to tap from the unregulated groundwater wells to grow their plants.

MARIJIUANA GROWING IN A DROUGHT, READ ON.. 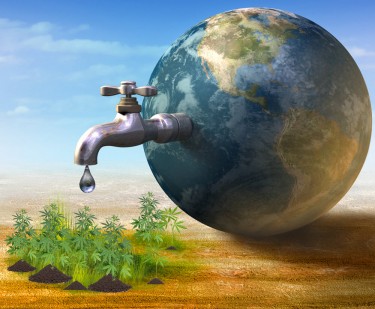 GROWING CANNABIS IN A DROUGHT, WHAT CAN YOU DO RIGHT?