Psychedelics Can Treat Emotional Pain, But Can They Treat Physical Pain, Too? 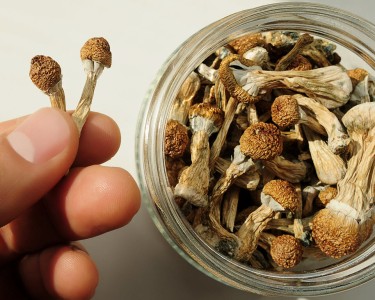 We Know Psychedelics Can Treat Emotional Pain. But Can It Treat Physical Pain Too?

Psychedelic drugs have been making headlines not just in culture, but in the medical community as of late.

“Classical” psychedelics such as psilocybin, LSD, DMT, and mescaline have been getting the attention of doctors for their ability to effectively and safely treat a range of conditions that even conventional psychedelics have struggled to treat with success: depression, anxiety, and trauma. There are dozens of studies, and growing, pointing to the efficacy of various psychedelics in treating mental health disorders.

But what about physical pain?

This field of science is by no means new: one of the first studies analyzing psychedelics’ ability to treat pain dates back to 1938 when Austrian-born physician, Eric Kast, escaped from the Nazis and settled in the United States. He took on a job as anesthesiologist at the Cook County Hospital in Chicago. Kast was keen to learn about measuring pain responses, and in 1962 he developed the mechanical pain-producing device, an apparatus that was used to enable subjects apply pain on themselves.


Two years after, was attracted to the properties of LSD which he administered to 50 pain patients. Their pain was caused by a variety of conditions ranging from gangrene to cancer. They were given synthetic opioids but later on in the study, they were given 100 micrograms of LSD, which is an extremely high dose in any measure. “When compared with LSD-25, both [other] drugs fell short in their analgesic action,” he wrote in 1964.

Unfortunately, his studies weren’t expanded upon but it was a hallmark study for a time.

Compared to studies on mental illness, there are very few studies so far analyzing how psychedelics can affect physical pain. However, those that are there, are surely promising.

An investigation by researchers from the Imperial College in London assessed 11 participants who reported self-medicating with psychedelic drugs. There were large variations in the doses, type of substances taken, frequency of use, and longevity of effects though the most common psychedelic consumed by the participants were psilocybin mushrooms while others took ketamine.

The respondents were asked to engage in a 1 hour discussion surrounding their chronic pain and the impact of psychedelics on it. The results of the discussion were then analyzed by researchers, who found that pain scores dropped dramatically during and after the consumption of psychedelics. The positive feedback from participants ranged, with 7 saying they had more control over their pain and life, 8 felt more compassionate towards themselves and others, 4 said that they were more motivated to take care of themselves, and all said the experience changed their perspectives and relationships with pain.

General acceptance of their situation as well as agency and confidence were found to help improve overall pain management and wellbeing.

Another study showed surprising results on the impacts of psilocybin on migraines. People who consumed psilocybin reported less migraines during the trial period compared to those who were given a placebo. “This exploratory study suggests there is an enduring therapeutic effect in migraine headache after a single administration of psilocybin,” reads the study.

In some studies, there seems to be a link between emotional and physical pain. More often than not, when psilocybin is able to address an emotional symptom, a physical symptom – usually pain, improves as well.

“Looking at the depression and PTSD studies, you can see quite conceivably how psychedelics might help people change the relationship they have with their chronic pain,” says James Close, an Imperial College London doctoral student. “There’s preclinical data suggesting the positive effect on the psychological mechanisms and neural pathways associated with this. The domains of pain, anxiety, and depression are all connected. If you treat one, another often gets better,” he said, in a Thred article by Sofia Phillips.

Close thinks there is a relationship between persistent physical pain and deep-rooted habits in the brain. Hallucinogens perhaps are able to promote plasticity in the brain, enabling the brain to start over.

Meanwhile, there are other studies suggesting that psychedelic drugs’ ability to promote neuroplasticity in the brain can help us perceive pain less because in doing so, new brain connections have been formed. It also creates new pathways in the brain that change how we perceive pain.

Companies Expressing Interest To Study How Psychedelics Can Treat Pain

The limited research we have has piqued the interest of life science companies to delve deeper into the science of how psychedelics affect our perception and experience of pain. There are a few notable companies in the field to date, such as Tryp Therapeutics, who last year announced their plans to undergo a Phase 2A clinical trial at the Chronic Pain & Fatigue Research Center at the University of Michigan Medical School. The trial will examine the impact of TRYP-8802, an oral formula containing synthetic psilocybin which will be administered to patients together with psychotherapy for the treatment of fibromyalgia.

The science is all still very much in its infancy, but it seems like we can expect significant results in the near future. More importantly, it provides pain patients of all kinds with a new kind of hope: that perhaps one day, they no longer need to rely on medication as a band-aid solution for pain but instead psychedelic medicine together with psychedelic therapy may rewire and reset the brain, so as to change our relationship with pain as a whole.

YOU USE WEED, BUT WHY TRY PYSCHEDELICS, READ ON.. 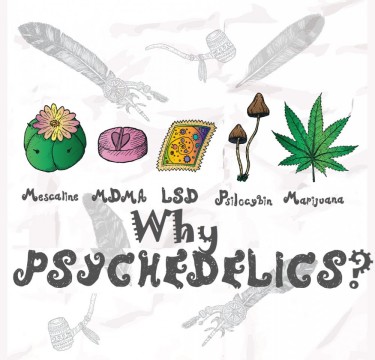 WHY TRY PSYCHEDELICS IF YOU ARE HAPPY WITH CANNABIS?

Herbonomics: The Future of Hemp Manufacturing