The Cannabis Mixologist – Instead of Tobacco, Try Mixing These Herbs with Your Weed 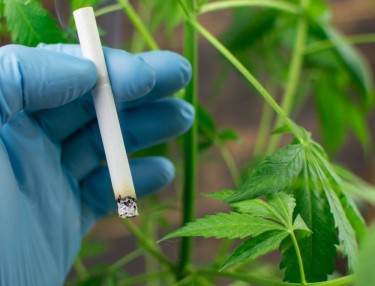 Instead of Tobacco, use these herbs instead to mix with your cannabis (Mostly for Europeans)

While some of the herbs on this list is meant for vaping as opposed to smoking, you can experiment at home to make your own herbal blend that sends you to the moon and back.

Kratom for some Psychedelic type vibes

While I wouldn’t abuse this first candidate, it’s definitely something worth exploring at one point. Kratom is often used as a supplement for pain killers and can be addictive if you use it in high quantities. However, most users don’t experience negative side effects and when used in moderation can alleviate a lot of pain.

What happens when you mix cannabis with Kratom? You get an almost narcotic feeling, where you’ll feel think heaviness overtake you. If you’re suffering from chronic pain however, this blend might exactly be what you’re looking for.

Mix these two together at a ratio of 50% cannabis, 25% lavender and 25% mint for a smooth, relaxing smoke that taste nice. When smoking these three herbs together, you’ll find that the high is far more relaxing, less paranoia and more good times.

If it’s your first time smoking other herbs, add in only about 25% supplemental herbs.

This one I’m quoting directly from Zamnesia;

A subtle blend of marihuanilla, passionflower, and cannabis is another mix that’s recently become popular. It has a smooth and sweet flavour but it doesn’t overwhelm the taste of the cannabis, and the high differs from using weed alone.

The high is described as higher energy and more lucid. It makes sense considering that passionflower is often used with other psychedelics to strengthen and prolong their effects. Some people choose to exclude the passionflower and use just the marihuanilla and cannabis mixture as a tobacco replacement.

Chamomile Tea (and other teas)

If you’re a European you should have plenty of access to a wide range of teas. Chamomile is a perfect herb to substitute tobacco. Not only is it cheap and easily locatable, it doesn’t contain any addictive substances which means you won’t be “hooked on chamomile”.

More importantly, it doesn’t have too much of an impact on the cannabis itself. It simply serves as a “bed” for you to lay your cannabis on, which will allow you to stretch your weed far.

If you’re looking to significantly increase your Euphoria, get your hands on some blue lotus. While the taste might be a little on the bitter side, the side effects is definitely worth it. This is something that you’d want to mix with your herb even if you don’t need to.

If you want to experience trippy, near psychedelic vibes while smoking plain old weed- adding some Blue Lotus is definitely one of the smarter things you can do.

If you’re in the space for “doing shit”, this is the additive you want. Where Blue Lotus will make you trip harder, Damiana will give you energy. This is something that those with artistic talents should try at least once. It’s long been associated with stimulating creativity, and we know weed does the same!

The big problem with this herb is that it’s a bit on the “Peppery” side. Some people might not get used to the flavor or the intensity of the smoke. For that, trying something like Chamomile or another tea would work.

But isn’t smoking this stuff dangerous?

You don’t seem to have a problem with combusting herbs and inhaling the smoke when you’re smoking weed, these herbs I have listed have been smoked for thousands of years. The fact of the matter is that there are plenty of people who smoke herbs like cloves and don’t ever touch cannabis.

I didn’t know too much about this, but fortunately Herb.co had something on this particular plant;

Right now, we haven’t ever had the opportunity to smoke weed in a “bar setting”, but this will change over the coming years. The fact of the matter is that even if you don’t “need” to particularly mix any herb with cannabis, learning how to do it is probably a smart thing.

I can see sometime in the future people will be ordering special “blends” which could contain a mix of these herbs. Perhaps something like 60% cannabis, 10% Blue Lotus, 10% Damiana, and 20% Lavender could be called a “Lazy Jimmy” or something of the sorts.

You see where I’m going with this? There is a huge potential market for special herbal blends especially now that cannabis can be used as a “base herb”.

Are there any special blends that you are fond of? Why not let me know in the comments! 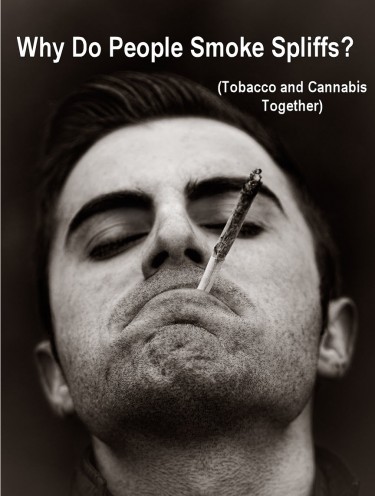 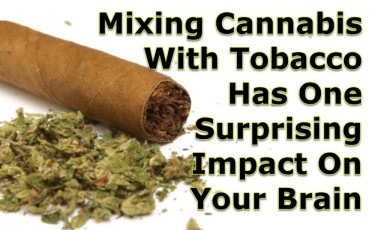 CANNABIS AND TOBACCO HAVE A STRANGE EFFECT ON THE BRAIN!