The Next Generation Mount Rushmore of Weed? 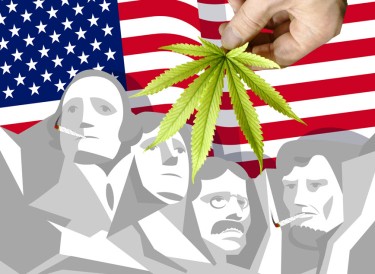 The Next Generation of Hip-Hop Cannabis Icons – The New Mount Rusmore of Weed?

Cannabis and Hip Hop have always been connected in terms of culture and personalities over the years. Different legends in this genre have identified with weed and many go as far as singing about it. Snoop Dog, Method Man, and Cypress Hill spearheaded the movement for cannabis in the music industry in the 1990s. Wiz Khalifa, B Real, and Berber carried on that torch from the 2000s to the 2010s.  A new line of Hip Hop cannabis icons have emerged and are rightly flying the banner for the natural herb.

Read on as we look at the top hip-hop cannabis icons in this present generation to look out for.

Doja Cat remains one of the top rap artists out there whose love for weed is well known. This is evident in the weed slang attached to her stage name as well as her breakout single “So High”. 2012 was her breakout year when she stepped onto the scenes as a top rap artist who can infuse her love for cannabis into lyrics on a beat. Doja Cat is reported to have toked her way throughout the recording of her 2018 album Amala. This promoted her present tolerance break which she has openly declared has helped in getting her head cleared. Its no doubt that Doja Cat remains one of the top icons in hip hop representing the cannabis culture.

This unique top rapper is certainly one for the cannabis culture. He named himself after a weed dealer in the movie Friday who was named “Smokey” and went on the carry the theme from there on. He is also a founding member of the hip-hop collective also named in that line “The Smokers Club”. Smoke DZA has also collaborated with other weed rappers in the industry such as A$AP Rocky and Wiz Khalifa. The rapper won the 2011 High Times Doobie Award for the Best Hip Hop Album of the year for Rolling Stoned. It is hard to omit the rapper in this list with songs like “Continental Kush Breakfast” making special playlists for cannabis lovers everywhere.

Prior to his untimely death, Nipssey Hustle was a front-line act in spreading the cannabis gospel everywhere. He represented the generation of talented young rappers that openly express their love for weed through their music. This is evident in weed-themed tracks such as Hennessy and Weed. Nipssey also possessed a touch for business as he operated a clothing line and other business ventures along with his music career. Though he is gone, his impact on hip hop and weed culture is still being felt massively. This is why he has the honor of a strain being named after him, Marathon OG.

This is another hip-hop star that has risen to stardom on the strength of his love for weed. Eighty4 Fly is a rapper that loves singing about weed and his fans love him for it. His hits “Kush High” and “Weed” gained massive traction in the industry as fans loved his expressive nature of the natural herb. Another hit track “Like planes” whose video shows just how much the rapper loves weed is still a fan favorite.

Young, talented, and innovative, Dizzy Wright is a leading voice among rappers who have embraced the natural herb. This energetic artist bust onto the stage with his debut album “Smokeout Conversations” and has never looked back since. He showed his love for the cannabis culture by releasing the album on the unofficial cannabis holiday, April 20th. His latest album The Growing Process includes several cannabis-themed tracks with “Smoke You Out” being the biggest current. Dizzy also has the honor of having a cannabis strain named after him. Dizzy OG is a potent OG strain specially crafted for stoners who have high tolerance limits.

The name Erica Banks is one that rose to stardom during the pandemic with Tik Tok playing a huge role in that prominence. The female hip-hop icon burst onto the scene with her song “Buss it” which was a huge hit along with its Tik Tok challenge. The hit song gave banks her first Gold-certified record and she has not looked back since then. The Texas-raised rapper has accredited much of her studio success to weed and its influence. She stated this in a recent interview where she stated that weed is what she uses to set the tone and get the vibes while in the studio. She also stated that Sour Diesel and Gorilla Glue are her favorite strains. You can be sure that this fast-rising icon will continue to fly the flag of cannabis in hip hop for a long time to come.

Many are still shocked to know that Your Old Droog has Ukrainian and Jewish roots. This is because the rapper has been identified for a long as an icon of the New York culture. His rise to stardom is premised on his talent and his comparison with NY’s Nas right after he released Soundcloud. He has since gone on to work with other top A-listers such as A$AP Fergy, Joey Badass, and MF Doom. The rapper showed his love for weed culture by releasing his album in 2019 on the 20th of April. His recent hit track “So High” is full of lyrics that show just how engrossed the rapper is with the natural herb.

Cannabis and hip hop go hand in hand and that cannot be changed. Weed is a prominent factor in the hip-hop culture which is why many hip-hop icons over the years associate with it. Its ability to open up the creativity within has seen many hip-hop stars associate it with as their muse. So we can expect more hip-hop icons and stars from other genres to continue to openly show love for the natural herb.

MOUNT RUSHMORE OF WEED, READ THIS…

WHO IS ON THE MOUNT RUSHMORE OF WEED, READ THIS!