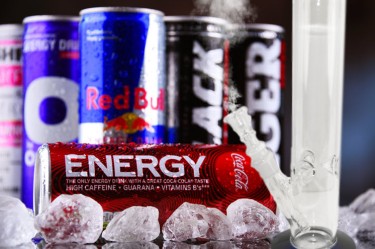 All of us oftentimes can make use of a little push to do a workout.

That’s why using pre-workout mixes and energy drinks have become so popular. They contain an array of ingredients ranging from creatinine to caffeine and BCAA’s (branched-chain amino acids), which promise to give an energy boost that you need to do better at your workouts. Sure, they do work: there are many studies and anecdotal evidence showing that these drinks indeed provide long-lasting energy needed to efficiently exercise.

However, energy drinks, which are primarily made with caffeine, sugar, and sodium, are actually dangerous and extremely unhealthy. Sometimes, they contain guarana, which is a bean sourced from South America containing double the amount of caffeine in coffee. Consuming energy drinks can have serious side effects including increased heart rate, trouble sleeping, restlessness, muscle twitches, and even stomach irritation.

In fact, the ingredients in energy drinks can even cause difficulty for arteries to properly dilate. Even the healthiest person can easily suffer from cardiac arrest after consuming energy drinks. Other common side effects of energy drinks include:

Even the World Health Organization has conducted studies on energy drinks, after which they declared these a danger to public health.

While marijuana has always had the reputation of making people lazy couch potatoes (no thanks to Reefer Madness), the truth is that the correct products can help you fight off fatigue while helping you feel invigorated and energized.

As a result, using both exocannabinoids while harnessing the power of endocannabinoids can greatly enhance the endorphin boost.

In a 2019 study, individuals who used marijuana prior to exercise reported that their engagement in physical activity increased.

Also in 2019, Angela Bryan, a social psychologist, polled over 600 marijuana consumers in the United States. The participants all lived in states that have legalized marijuana, and they were asked about their workout habits as well as other health factors. The poll results showed that 4 out of 5 respondents admitted to using marijuana before a workout or right after. Meanwhile, those people also spent more time exercising compared to people who didn’t combine cannabis with their workout regimen.

Additionally, around 70% of the respondents who used marijuana before exercising said that doing so made the workout more enjoyable. Though anyone who consumes cannabis can tell you that it does make anything more fun, Bryan thinks that chemical interactions are responsible for this.

Then in 2022, a study by researchers at the University of New Mexico showed that more than 91% of people among a cohort of 3,922 who self-administered marijuana, did so to fight off fatigue. While they did use cannabis because fatigue was an effect of other diseases they were suffering from, it showed that the plant was indeed effective in helping people find relief from fatigue while helping boost energy levels right after consuming it.

Some experts believe that the euphoria we feel from exercise actually comes from the endocannabinoid system. In a study from 2003, researchers discovered that anandamide, a molecule from the endocannabinoid system which is responsible for feelings of bliss, occurs in elevated levels after volunteers cycled or ran inside a lab. Marijuana targets the same receptors causing Bryan to assume that cannabis could actually help to jumpstart the blissful feelings caused by anandamide.

On top of that, cannabis is also effective for helping you recover from your exercise. This is one of the key reasons why athletes use CBD and THC products, to assist with pain alleviation and soreness that often occurs after a hard workout. The anti-inflammatory properties of cannabinoid compounds are well-known and is backed up by several studies.

How To Use Cannabis As A Pre-Workout

There are many ways you can use cannabis as a pre-workout. Here are some tips to keep in mind:

Countless people already benefit from using cannabis before, after, and even during their workouts. The key is finding the right dosage that works for your unique needs and athletic lifestyle. How do you use cannabis to help improve performance?

MORE ON CANNABIS FOR ENERGY, READ THIS… 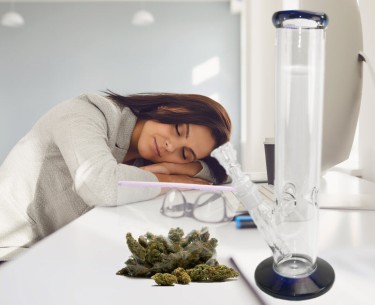