How Do You Pick a Head Grower When They All Say They Are the Best and Everyone Else Doesn’t Know What They Are Doing? 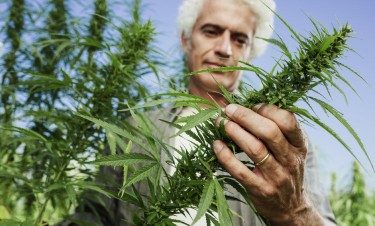 Growing cannabis takes more than just having good intentions, the needed capital, and the right equipment. Thus, so many people have embarked on the lucrative journey of cannabis cultivation without much success. It is necessary to ensure that before setting out to cultivate; you possess the right human personnel needed to get the job done. This includes competent staff and team members who will tend to the plants with the right and utmost degree of care.

Read on as we look at the things to look out for when selecting your head of cultivation.

There is a big difference between growing cannabis indoors just to satisfy personal needs and growing cannabis commercially on a large scale. This difference stretches beyond the quantity of cannabis to be gotten from the process. It also applies to the technical know-how that is expected of the cultivator. Commercial growing of cannabis requires the cultivator in charge to possess a great level of expertise, intuition, and commitment if the expected yield is to be reached. This is because is a very tasking task that is suited to some set of people with the required skill set.

Jesce Horton, CEO, and Co-founder of LOWD spoke recently in an interview with MG Magazine on what it entails to be a master grower. In his own words, to be considered a master grower when someone hopes to start a venture, such a person must be leery. He stated that this is why many people in the industry like himself are skeptical of ascribing that title to people. This is because cannabis cultivation is a sphere that evolves consistently and the best of the best growers are those that are up to date and learn every day. Therefore, he believes a master grower must be humble along with being hardworking, and committed.

According to Horton, many owners of cannabis ventures often make a crucial mistake as they set off to establish their premises. Many employ the services of HVAC experts or general contractors to design how the facility is to be structured. While such persons might be vast with normal construction and farming structures, a cannabis facility is different because of some peculiarities. Ultimately, what proceeds out of their designs has some issues that halt the efficiency of the workflow. Another problem that this often causes is that the cultivators will need to alter the growing process to fit what is available which might affect the yield. Therefore, the input of a head of cultivation who is well-versed in the cultivation practices is important in designing such premises.

The larger the cultivation scale and facility, the more important the experience of the master grower is. This was the opinion of Jesce Horton when he addressed the issue of the size of the facility and its importance. This is because a big facility often poses some issues and problems that people who are not vast will be unable to attend to. Some of these problems include the increased number of people that need to be managed, multiple equipment, and multiple growth cycles. In the case of such problems, the grower must have years of experience behind them. However, Horton also stresses the need for such a cultivator to welcome suggestions from others and be willing to learn.

We have stressed the importance of experience in choosing a master cultivator, it is therefore important to hear from the mouth of those we consider the experience in the field. Frank Han stands out as one of the top growers in the industry presently having worked successfully in a number of cannabis ventures. Just recently he finished a two-year program with MJardin which stands out as one of the leading large-scale cannabis cultivators available at the moment. The publicly-traded company has a wide reach that spans wide into structures both in the U.S. and Canada.

Speaking on the needed traits to look out for in choosing a master grower, Han stressed the importance of getting the person as early as possible. He believes that a master grower must be brought on board during the planning phase. This is because it helps the grower in knowing what kind of growing strategy the company wishes to implement. It also helps the grower in giving needed input to the company as this is being done.

Han explained that the technical knowledge of the grower on how to cultivate under different conditions must not be underemphasized. According to him, a master grower must be able to adapt to unforeseen problems and challenges that may arise. The cultivator must also understand that plants are unique to humans. Two identical plants can be grown in identical rooms and yet needed specific attention. Therefore, if a master grower is to be chosen, he must be a master of his domain with the needed knowledge to sustain and promote the growing exercise.

Choosing a master grower is very important to the success of any cannabis venture. However, as important as this person is, recruiting the right person is also important. Whoever will be head of cultivation at any cannabis venture must be seasoned in the art of cultivation. Such a person must also be hardworking, committed, and humble enough to learn from others. Staffing the person at the right phase of planning is also important to get optimum results.

HOW MUCH DO YOU PAY HEAD GROWERS, READ MORE… 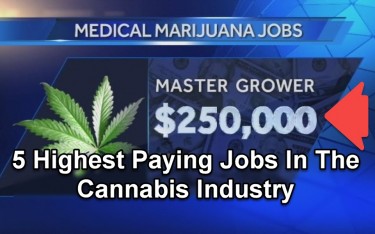