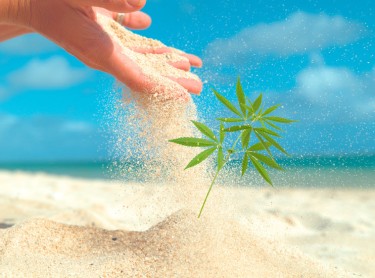 Before we delve into the happenings around the removal of this act and the impact it will have, we will go back to check its history. The SAFE Banking Act is a special bill put forward to help stabilize the finances of the cannabis industry at the federal level. The act is known as the Secure and Fair Enforcement Act and it is seen by many as the solution to the financial systems problems of cannabis business owners. The current financial system puts services such as loans and payrolls, and checking and deposit accounts under tight regulations from the cannabis industry. This means that limited financial institutions are open to serving cannabis business owners with the financial services they so desperately need.

The special act was included in the COMPETES Act of the House which was spearheaded by the Democrats. The COMPETES Act was set up to enable the U.S effectively increase its ability to compete with China on all fronts. The America COMPETES Act stands for Creating Opportunities for Manufacturing, Pre-Eminence in Technology, and Economic Strength Act of 2022. The act comprises different bills to strengthen manufacturing in the U.S. and also put it in the right place to compete with China.

The SAFE Banking Act has been included when this bill passed the House fives times in the past three years yet it hasn’t been validated. Until recently, it had been passed as a standalone bill after its first introduction in 2013 yet it has always failed to gain needed approval. This failure has been disappointing as hopes have been very high every time the bill made its way to the house. The temperature in the cannabis industry and from some lawmakers shows this might not be the last of the SAFE Banking Act.

The prime sponsor of the bill, Rep. Ed Perlmutter (D-CO) has reacted to the inability of this bill to be passed as being unfortunate. He believes sidelining the cannabis industry from the financial system is affecting lives and businesses beyond measure. The bill has been unable to scale past the Senate’s bipartisan U.S Innovation and Competition Act after the COMPETES Act passed last year. This has kept help away from the cannabis business owners in the industry who need assistance from the financial system.

The Republican lawmakers who repelled the Act were also without reason as they purported the action. Their argument remains that the bill is not a good fit with the legislation of the COMPETES Act which is a China Competition bill. The Democrats on the other hand are seeking to pair the bill as a form of social justice measure that will be hard to get passed in a committee. This has put the bipartisan agreement needed to pass the bill and enact it to a standstill and halted progress.

Reactions around the cannabis industry have been flying in following the recent actions around the SAFE Banking Act in the House. The president of the U.S Cannabis Council, Steven Hawkins still believes that there is enough political will and support to help pass the bill. He believes this can be done by pairing the bill with other cannabis and criminal justice reforms. Hawkins has stated that the council aims to work with allies and members to ensure that this gets done soon. He doesn’t accept the present setback as a final stop and believes with the needed willpower and support, the bill will be finalized.

The U.S Conference of Mayors is the latest to speak on the need for the SAFE Banking Act to come to life. In its last meeting, the body endorsed a resolution that calls on Congress to pass federal banking reforms for the cannabis industry. The body addresses the loopholes of state laws and federal laws of cannabis as a problem for legal cannabis business owners. Without proper structures and laws, the body believes owners of legal cannabis businesses will be at the losing end except the lawmakers act.

The political director of the National Organization of Reform of Marijuana Laws (NORML), Morgan Fox, has reacted to the news of the removal. Fox believes that it is unfathomable that the house has refused to pass this bill for the sixth time of asking. He believes that it’s disappointing that the lawmakers are allowing politics to come first when many businesses and people are suffering. He also described the SAFE Banking Act as being in a legislative twilight zone making it hard to see the light of day.

Michael Sassano, CEO of Somaí Pharmaceuticals, a company that manufactures cannabis products believes the SAFE Banking Act is a way for lawmakers to make the industry safer. He believes Congress is missing out on this chance because they are proving to play it easy. A move that doesn’t factor in the owners of the cannabis businesses and their employees.

The present reality now is that advocates of reforms will have to try again to get passage of the bill. The U.S is sizing up to head into the midterm elections and the window to pass some cannabis reforms is passing. Fox has stated that the House is wasting a unique opportunity to help hundreds of thousands of Americans through meaningful bipartisanship. Activists and reform advocates have restated their commitment to seeing this bill come to life and we might see it come to life in no time.

MORE ON THE SAFE BANKING ACT, READ THIS.. 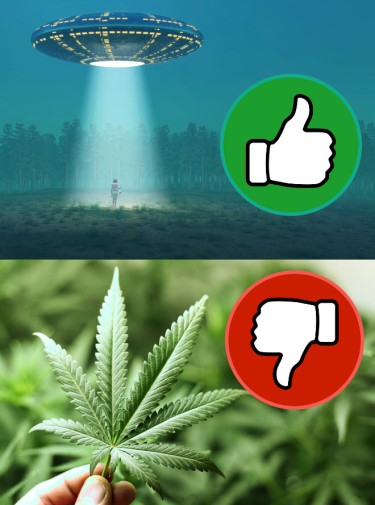 YES TO UFO SPENDING, NO TO CANNABIS BANK ACCOUNTS!