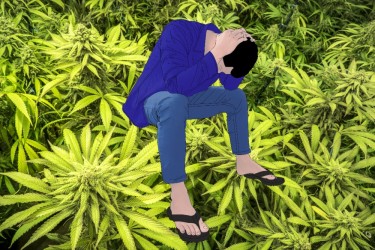 Have you heard this one before, “it will be so much easier for the youth to get their hands on cannabis!” This is the argument that prohibitionists have touted for decades and according to them, the moment you legalize cannabis it will be available everywhere.

Kids will be able to walk into a dispensary and some overgrown hippie would easily sell them weed….right? Well, it turns out that a recent study in California found that 100% of Cannabis dispensaries that were tested were compliant in checking ID prior to sale.

This was reported on Marijuana Moment where they covered the study.

“It was somewhat surprising that there was 100 percent compliance with the ID policy to keep underage patrons from purchasing marijuana directly from licensed outlets,” the authors of the study, published this month in the Journal of Safety Research, wrote. “However, that was consistent with what was observed in two other states, Washington and Colorado.”

In other words, the cannabis industry has no real interest in selling cannabis illegally to the youth. Compliance is their friend and what this does in turn is actually make “getting cannabis” more difficult for the kids.

This doesn’t mean that kids can’t get their hands on cannabis, it only means that the legal industry is not contributing to their consumption.

“It appears that licensed recreational marijuana outlets in California are checking young patrons for identification of their age. Therefore, it is unlikely that youth are purchasing marijuana directly from these outlets,” the new study says. “It is more likely they are using other sources, such as asking an adult to purchase it for them, obtaining it from older friends or siblings, and using it at parties where the marijuana use might be shared.” – Marijuana Moment

This is virtually the same for alcohol, and is something that you cannot stop because there will always be older adults buying stuff for younger people. An older brother, uncle, or even a home grow from a teen that doesn’t get too much parental supervision can all be sources where the youth source their weed.

The Youth in General Consume Less

The strange thing that happened since legalization is that youth consumption rates stayed pretty much the same or reduced post legalization as reported in the Guardian.

Researchers from the Washington University School of Medicine in St Louis surveyed 216,852 teenagers from all 50 states and found that the number of adolescents with marijuana-related disorders dropped by 24% from 2002 to 2013. During that period, overall teen pot use also decreased by 10%, despite the fact that more than a dozen states legalized medical marijuana and decriminalized the drug during that time. – The Guardian, 2016

While it’s true that this article is five years old, the fact of the matter is that the findings remain consistent. While the Youth prefer cannabis and mushrooms over alcohol, fewer of them are using cannabis. In other words, it seems that cannabis legalization removed the “edge” from the use of cannabis.

When I was a teenager, cannabis was seen as a “rebellious act” by some…not by me, I just loved smoking pot! However, others would rebel by smoking weed.

These days, rebellion takes on different forms. I’m not going speculate what is the “flavor of the day” for youth rebellion…but what conclusions we can draw from all this noise is that “legalizing cannabis” doesn’t make it easier for kids to get their hands on weed.

In fact, no legal establishment will sell cannabis due to the fines and punishments associated with selling to a minor.

This will also not change in the coming years.

Legal businesses will never sell to a minor. The weed sold in these places need to go through strict standards and regulatory checks, meaning that it’s also safer to consume than untested street weed (technically).

If this works with weed…why wouldn’t it work with other drugs too? Why is it that we live in a society that frowns upon the individual’s right to get blitzed? Why can’t I buy pharmaceutical grade LSD from a store if I’m over the age of 21?

Why am I allowed to smoke weed, drink alcohol and pop pills legally – but can’t eat some mushrooms?

If every dispensary could sell “drugs” in general, compliance would still remain 100% and if you’re worried about these 3rd-party Free agents giving kids drugs…increase the penalties for them. But we should never punish the whole of society for the potential bad actions of a few people.

I believe that if we legalize and regulate all drugs like Marijuana, we would not only have a safer society…but we would begin to see a dawn of a new age of enlightenment as millions of adults would have the legal right to experience a psychedelic experience – to heal, to shift their perspectives and to explore their own consciousness.

Legalization works! Let’s do it for all drugs!

ABC NEWS RUNS A STING TO SEE IF KIDS COULD GET CANNABIS!