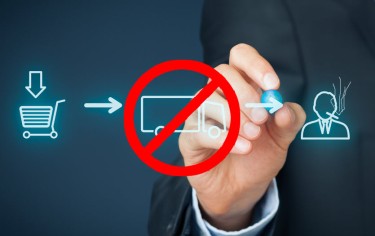 Looking at the currently available data, the number of trust drivers in the United States has declined significantly. But while there are several variables responsible for this, strict rules concerning drug testing and cannabis consumption seem to be the number one cause.

As every scientist understands, changing too many variables in a study often makes it difficult to tell which one is responsible for achieving results. Concerning the present decline in the number of truck drivers, a lot of variables have changed within a short period.

A lot of people blame better unemployment benefits from the federal government during the pandemic period. And while that is true, other variables also come into play. Some of these variables include;

In October 2021, a published statement from the American Trucking Association noted that lower wages and retiring drivers contributed greatly to truck shortages. Data suggest that more than 80,000 truck drivers have left the workforce.

But, there’s yet another variable to check out – legalization of recreational use of cannabis and drivers testing positive for THC.

Let’s have a look at the summary report from the Department of Transportation which was published in March 2022. It was revealed that as of the 1st of April 2022, more than 10,000 commercial truck drivers positively tested for THC. However, this is a considerable decrease when compared to 2020 and 2021 data of about 29,500 and 31,000 violations respectively.

Looking at the bigger picture, drivers tested positive for cannabis in the drug test which included oxymorphone, cocaine, methamphetamine, and several others.

Frankly, no one wants to have an impaired driver driving a heavy-duty truck that weighs more than 80,000 pounds. But what happens to safety-conscious drivers who reside in a state where cannabis is legal?. Rather than having a few beers at the bar,  he lit up a joint in the comfort of his home. Just one week later, he’s asked to take a drug test which he will certainly final. So instead of subjecting himself to the painstaking return-to-duty process, he decided to get a job where he wouldn’t be penalized.

Situations like this have prompted many drivers to quit their jobs. The whole situation has also been difficult for lots of drivers who travel through multiple states with varying legalization approaches.

Some information published on Stacker claimed that the Department of Transportation’s (DOT) handbook explicitly confirms that marijuana is still illegal at the federal level. Even though a number of states have allowed for the recreational and medical use of cannabis, federal policies and laws do not conform to such legislation. To this end, the Department of Transportation considers cannabis use to be in the same category as the use of other hard drugs.

In the space of two years, the DOT’s FMCSA doubled the drug testing rate for truck drivers, increasing from 25% to 50%. This latest yearly percentage testing rate for random drug tests became effective on the 1st of January 2020. This change shows a high positive test rate, resulting in an estimated $50 to $70 million surge in cost to the industry by compelling drivers to take the frequent test. On the other hand, random alcohol testing stayed at 10%.

It was also started by the FMCSA that marijuana use won’t be allies except with a note of exception. Looking at the laid down regulations, an individual will be deemed not physically qualified to drive if he or she consumed any Schedule I controlled substance like cannabis. To this end, any driver cannot use cannabis even if it’s prescribed by a licensed doctor.

According to the Centers for Disease Control and Prevention, there are five distinct risk factors long-haul truck drivers face. This includes obesity, low physical activity, smoking, diabetes, and high blood pressure. These health conditions which are commonly linked with truck drivers, for some time now, have been treated using medical cannabis.

A study published in December 2015 suggested that medical marijuana helps prevent obesity. Several studies also identified how cannabis is helpful in the treatment of nicotine addiction. In fact, a recent study also proved that cannabis can help in the treatment of low blood pressure which is good news for those suffering from hypertension.

An April Fact Sheet in the White House shows that trucking is responsible for the transportation of more than 70% of products delivered across the United States. Now there’s a plan to help expand and grow job opportunities in trucking. The cost of trucking surged significantly last year seeing an increase of 20%. This is courtesy of increased demand for goods as a result of the pandemic which met a decline in the number of available truck drivers that followed the pandemic.

According to the Fact Sheets it was stated that the decline in the number of truck drivers has resulted in a high turnover but the poor quality of jobs. The average turnover in trucking for several carriers is about 90% with drivers spending about 40% of the day loading and unloading goods – hours that essentially go unpaid.

Evidently, the White House focusing on improving the work lives of truck drivers all over the country is a positive move in the right direction. However, there’s a pressing need to modify the policies governing truck drivers regarding cannabis.

One of the many ways the government is looking to solve the decline in the number of truck drivers is by recruiting military veterans. But, with the present situation of military veterans wanting access to medical marijuana for the treatment of conditions like PTSD, more hurdles and complications would follow suit. 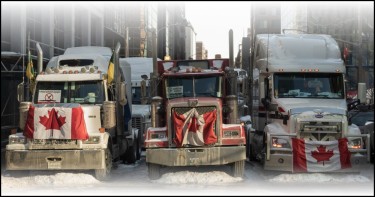 On the grind: Best weed grinders for bowls and blunts