New York City Mayor Says to Light Up Your Cannabis, Not Concerned with Cracking Down on New York’s Illicit Market 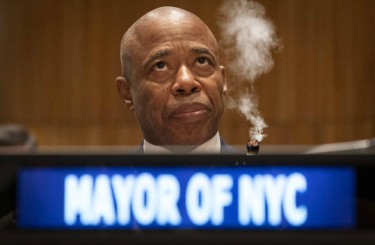 New York cannabis lovers are all going into a frenzy presently following a recent statement by the Mayor of the city. Eric Adams appeared to tell the people of New York to continue to light up till the recreational market in the state matures. On hearing this many cannabis enthusiasts in the state are jubilating already as well as most cannabis advocates. Others on the other hand are still quite apprehensive. Read on as we explore what this means for all parties in the cannabis industry in New York.

Mayor Eric Adams spoke on Friday at the Cannabis World Congress & Business Exposition (CWCBExpo) where he asked everyone to “light up”. The congress lasted from June 1 to 3 in New York City where he spoke on many topics regarding the cannabis markets in and out of New York. Mayor Adams asked attendees to stand strong and support New York cannabis businesses during the gray period until the New York market is fully matured. By this, he meant the period with which cannabis business owners need to wait till licensing is available for the recreational market.

Mayor Adams was the keynote speaker at the CWCBExpo which also featured other top personalities in the cannabis industry. Among the list of top personalities include Charles Beams of Weedmaps and Nick Kovaceich from Greelane Holdings. Also, it is not a cannabis expo if cannabis regulators are not present as Tremaine Wright from the NYS Cannabis Control Board was present to give a rule update.

Many attendees looked forward to the expo after the Mayor was announced as the keynote speaker following a press release last month. Attendees and different cannabis enthusiasts in the state were eager to know the position of the Mayor on the market presently. Also many were waiting to know what to expect from the new recreational cannabis market set to be effected in the state. The Mayor didn’t disappoint as he was straight to the point in assuring cannabis lovers of what to expect. This was when he made the popular statement “Enjoy yourself, light up, and spend some money “.

There are a number of take-home points from what Mayor Eric Adams had to say at the expo. First on the list is that the cannabis market is very important to the state as a source of revenue. The fiscal spending plan for 2023 by Governor Kathy Hochul shows that the state stands to pull in $1.25 billion from cannabis in six years. This means the legal medical marijuana market and the incoming recreational market are big cash cows for the state.

Another point the Mayor addressed is the issue of the gray area following the approval and implementation of the recreational market in the state. Due to structures and regulations still being put in place by the regulatory bodies, the adult-use retail market hasn’t commenced in the state. This is despite the fact that legislation for the market has been passed since March 2021.

The Mayor assured attendees that he doesn’t have any plans to clamp down on retail cannabis operators during this transition period. This is because he believes it is a gray area and he also believes that the legislature can’t do the same except they give a warning. By this, he spoke about the recent bill seeking to empower state officials to clamp down on retail operators selling recreational cannabis during this period.

Mayor Adams is also seeking to help New Yorkers apply for adult-use licenses after he allocated $5 million to help give them the needed boost. This is good news for many considering that many had fears of a clampdown given the Mayor’s history as a cop with the New York Police Department (NYPD). Those fears have all been allayed following the disposition of the Mayor and his speech at the conference.

The Mayor also used the opportunity to address the issue of weed trucks that are currently everywhere in the city of New York. The Mayor believes it is them that the legal path is quite better and more dependable. This he mentioned as he sought to stress that he is out to ensure that all in the cannabis industry are carried along and no one is shortchanged.

New York will be joining the list of states factoring social equity in their cannabis policy which includes New Jersey, Illinois, and Massachusetts. The need for equity is that it is more important to legalize recreational cannabis the right way than it is to legalize it early. This is evident in New Jersey where diversely-owned businesses possess most of the recreational licenses. This includes Blacks, Asians, Veterans, women, or people who are from zones impacted by the War on Drugs.

The Mayor of New York is following this line as he seeks to ensure that social equity debts are paid before the recreational markets open. He also hopes to address the issue of diverse people being more arrested for low-level cannabis charges compared to whites. The Mayor also suggested that summons can be used to address simple cannabis crimes. This further strengthens his voice for an all-inclusive market that is devoid of discrimination and disenfranchisement.

As we wait for the new era for recreational marijuana in New York City, the recent statements of the Mayor come as a breath of fresh air. It comes right after a bill to clamp down on retail cannabis operators during this transition period failed to get its third vote on the Senate floor. This shows that many of the lawmakers are of the same view as the Mayor in allowing the cannabis market and its users to thrive. So, we go with the words of the Mayor and enjoin all cannabis users and lovers to light up. 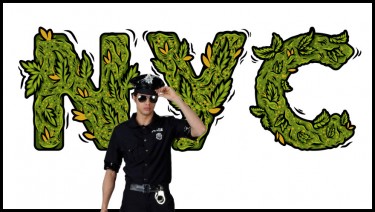