Is It Safe to Use Cannabis with ADHD Medications? 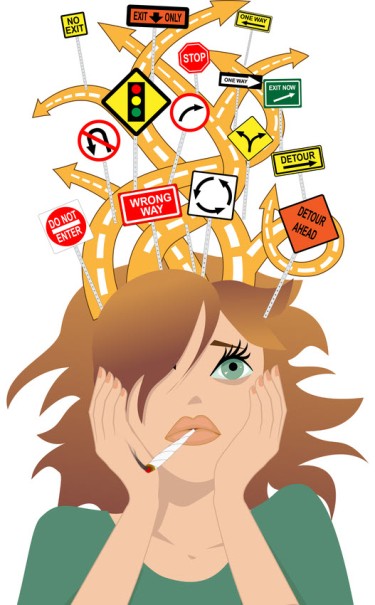 These medications, such as Adderall, Ritalin, and Concerta, have gained the reputation of being “study drugs”. While originally intended to treat the effects of ADHD, these medications are illegally making their way through campuses, and these dangerous, addicting drugs are in the hands of young adults even without prescriptions or an ADHD diagnosis.

Kids get these drugs from family members, friends, or black market dealers. Unknowingly, a great deal of them, as well as adults, find that there is recreational benefit to mixing ADHD drugs with marijuana. Combining ADHD drugs with weed can surely bring about a euphoric and blissful feeling, but at what cost?

Adderall is the most widely used prescription drug for combating attention deficit hyperactivity disorder (ADHD). This stimulant is notorious for its addictive properties, which has even been compared to meth.

After all, Adderall is essentially amphetamine, which is the chemical foundation for methamphetamine. Adderall is a combination of amphetamine and other chemicals yet it works in the brain in the same way meth does. It has been known to induce terrible side effects on its own including but not limited to:

However, Adderall continues to be one of the most abused drugs in the United States. Many claim that Adderall makes them feel good, which it does so temporarily because it increases the levels of norepinephrine and dopamine in the central nervous system. Adderall can also cause the body to produce abnormally high levels of dopamine, which is responsible for the feel-good reward mechanism in the brain, causing people to easily get addicted to it.

Adderall is an upper, while marijuana is a downer. Unfortunately, mixing these two is never recommended yet this hasn’t stopped people from doing so, in a combination sometimes called weederall.

Ritalin is another popular ADHD drug that works similarly to Adderall. It’s also a central nervous system stimulant. However, it has unfortunate side effects, which include:

And much more. The same is true for Concerta or other ADHD medications

Consuming marijuana does have interactions with other drugs in the human body, and ADHD medications are no exception. It’s known that these drugs stay in the system anywhere from up to 24 hours long, so one would have to stay off limits from the drug for up to 3 days for it to be completely eliminated and be safe enough to consume weed.

Some users may find that while they are able to make use of the cognitive benefits offered by ADHD medications, marijuana is effective in tapering out the side effects of the drug such as irritability or insomnia. It can even provide a blissful, euphoric high but the risks simply outweigh the rewards. But no matter how safe some people claim it to be, there is always a huge risk involved when combining marijuana with other substances.

One is a stimulant, the other is a depressant. While there is a dearth of studies examining the dangers between Adderall and weed, the data we have on each of these medications is sufficient to advice against it.

This is what can happen when you mix both marijuana and ADHD drugs at the same time:

Marijuana is a medicine that works best alone in the human body. We have endocannabinoid receptors that bind to the molecules in the plant, working their healing properties when we consume THC, CBD, or a combination of both in any way. Whether you mix it with other relaxants or stimulants such as ADHD drugs, it can cause unwanted effects on the human body – even at supposedly safe dosages – that can lead to death. So just because your friend is having a great time mixing marijuana with ADHD drugs doesn’t mean that it would have the same effect on you; remember that we all have different body chemistries and react to medications in different ways.

These days, there’s so much hype about marijuana because it’s widely used and considered among the world’s safest medical and recreational drugs. At the end of the day, its safety is based on how it’s used, and when you put other meds in the mix, it may no longer have the same safety profile compared to its use alone. 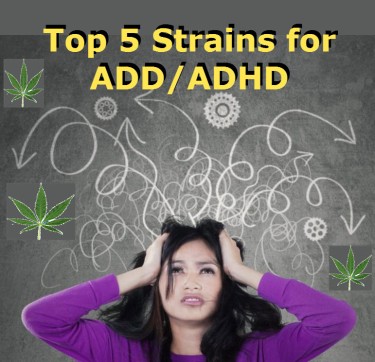 CANNABIS STRAINS FOR ADD OR ADHD, READ OUR LIST! 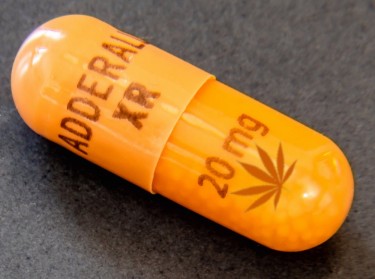 ADDERALL AND CANNABIS, WHAT YOU NEED TO KNOW?