What is Ma Huang from Traditional Chinese Medicine? 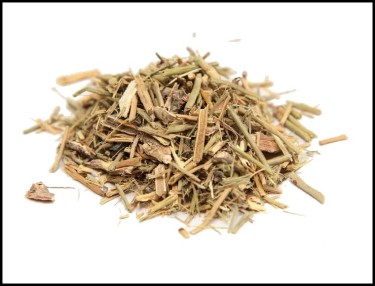 A lot of people look for a miracle drug to promote weight loss and improve energy. In the 1990s, the ephedra plant became popular as a likely candidate, and not till after the mid-2000s, it was a normal ingredient used in dietary supplements. Although some research has shown that it could improve metabolism and loss of weight, some safety issues were also noted.

The three species of these stubborn plants that are the source of the drug are native to China, where the aerial parts are collected in the fall and dried for medicinal purposes. The scientific name of the plant is Ephedra sinica, E. Equisetina, E. intermedia.The roots of E. Sinica or E. intermedia, known as ma huang gen, are considered drugs in their own right and are used for their sleep-inducing properties. Ma Huang is also referred to as yellow horse, ephedra, and yellow astringent.

What is Ma Huang?

Ephedra also called Ma Huang is a condiment used in the preparation of various Traditional Chinese Medicines (TCM) for several centuries. It is mainly used to treat bronchitis, hay fever, and asthma. The plant is also recommended for symptoms of flu and cold, as well as cough, chills, nasal congestion, and fever.

Although Ephedra is a freely growing herb, the primary active ingredient of the plant, ephedrine, can be synthesized as medicine. Man-made ephedrine compounds, for example, pseudoephedrine, are usually used in over-the-counter cold treatments and are regulated as medicines. This is different from the regularization of ephedrine alkaloids obtained from the herb itself. These are governed as dietary supplements.

Before May 2004, ephedra was marketed as an energy-boosting supplement, a weight-loss product, and an athletic performance booster. Although there is some scientific evidence suggesting that it can improve one’s weight, the overall data on the effectiveness of this herbal supplement has been regarded as controversial and inconclusive. Furthermore, products that contain ephedra and are sold for the causes have been related to a lot of cases of heart arrhythmia ( heart attack/ irregular heartbeats), cases of stroke, and cases of death even. Many of the ephedra-containing products contain caffeine as well, and the mixture of both caffeine and ephedra improves the risk of getting negative side effects.

It is crucial to take note that due to the presence of ephedrine in some products, such as dietary supplements, amateur sporting events are not allowed to use them.

The Food and Drug Administration (FDA) has banned the use of dietary supplements that contain ephedrine, ma huang, Pinella, Ephedra, or Sida cordifolia. This ban does not include teas ( which are distributed as a normal food) or Chinese traditional herbal remedies that have been recommended by a traditional Chinese doctor.

Quite a number of the research into the effects of ephedra on weight loss was done in the 1980s and early 2000s, before the ban on ephedrine supplements. Some components of ephedrine can affect your body, but the most notable of the effects are probably due to ephedrine.

It was found in research that the number of calories burned off in the space of 24 hours was higher by 3.6% when ephedrine was used by adults of sound health, in comparison to when they used a placebo.

Another researcher discovered that once people went on an extremely low-calorie diet, their rate of metabolism dropped. However, this became partly avoided by using ephedrine. Added to the short-time period adjustments in metabolism, a few researchers concluded that ephedrine can encourage weight and fat loss over a longer period. In five studies of ephedrine while being compared to a placebo, ephedrine brought about a weight reduction of three pounds (1.3kg) per month greater than a placebo, for as much as four months. However, there is a lack of long-term data that can support the benefits of ephedrine for the loss of weight.

Furthermore, a lot of studies on ephedrine test the weight-loss of caffeine and ephedrine, in place of ephedrine alone.

Does it work well or not so well with caffine?

Various studies testing the weight-loss impact of ephedrine have mixed the ingredient with caffeine. The mix of the two seems to have greater impacts on your body than taking either of them alone. For instance, caffeine with ephedrine boosts the rate of metabolism more than only ephedrine.

In a study of obese and healthy overweight adults, the mixture of 24mgb of Ephedra and 79mg of caffeine increased the metabolic rate by 8% in 2 hours, in comparison to placebo. Some studies have even indicated that ephedrine and caffeine alone have no impact on weight loss, but the mixture of both produces a loss of weight. Taking the combination of ephedra and caffeine three times daily for 12 weeks reduced body fat by 7.9% compared to just 1.9% with placebo.

In another 6-month study of 167 obese and overweight individuals, dietary supplements containing ephedrine and caffeine were compared to placebo in a weight loss program. The group receiving ephedrine lost 9.5 pounds (4.3 kg) of fat in comparison to the group taking placebo, which lost only 5.9 pounds (2.7 kg) of fat.

Ma Huang is a stimulant herb obtained from the roots of Ephedra sinica. Many people have found it beneficial for weight loss, and also treating nasal congestion, common cold, asthma, and some other conditions. However, these uses have no scientific backing. However, the herb is banned in the US as there have been reports of life-threatening conditions and even death.

CHINESE CULTURE AND CANNABIS, READ THIS… 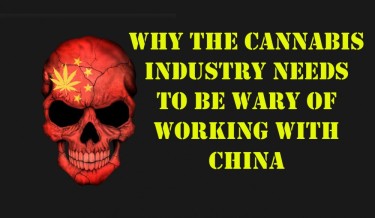 WHY THE CANNABIS INDUSTRY NEEDS TO BE WARY OF CHINA!