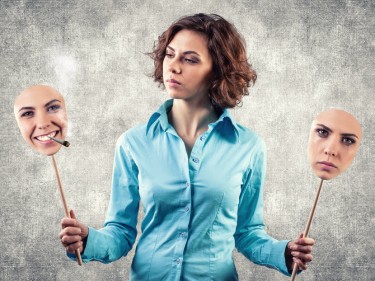 Cannabis users have always been associated as laid-back, relaxed, friendly, and always smiling. How can we not; after all, weed makes us happier people and we tend to just be more chilled out about life compared to non-users.

Now, there’s a growing body of evidence suggesting that marijuana use makes us more empathetic and overall nicer people.

The latest of these studies was conducted by researchers from the University of New Mexico (UNM), entitled “Cannabis consumption and prosociality.” The results, which were published in the journal, Scientific Reports, had fascinating insights on the emotional and behavioral patterns of cannabis users. The researchers analyzed 146 adults from 18 to 25 years old, and found that marijuana users showed more empathy, morality in decision-making, and pro-social behavior compared to non-users.

According to University of New Mexico psychology professor Jacob Vigil, who was also the study’s lead psychologist, he was intrigued on the results of a National Institute of Health lecture saying that cannabis consumers weren’t as motivated by money. “It seemed as though cannabis tends to result in a psychological shift from externally pressured goals… And to me, my observation is that cannabis tends to result from that kind of egocentric or perhaps, externally pressurized trajectory towards one that is more primal and one that is more concerned with humanity in a broader collective context,” explained Vigil to The Daily Lobo.

“Most investigations into the effects of cannabis use have focused on the negative consequences of cannabis addiction or the physical health effects of cannabis use,” Vigil said. “Almost no formal scientific attention has been devoted to understanding the other psychological and behavioral effects of plant consumption, despite it being so widely used throughout human history,” he added.

Sarah Stith, a researcher for the study and an Economics Professor at UNM said that THC users portrayed more pro-social behaviors. She went on to add that there was a causal association between these behaviors and cannabis use. “Positive benefits seem to really be correlated with the recency of cannabis use,” she disclosed to The Daily Lobo. “You know, maybe there’s some negative behavioral changes or secondhand smoke or things like that,” she added, “but in this case, it’s suggesting, actually, that people might get along better if they were consuming cannabis, which is pretty extreme.”

It makes total sense, considering that marijuana users are so laid back.

But there are other studies and hypothesis that shed interesting data on how this happens in the human body. Cannabis use does have an effect on emotional regulation and processing, as well as overall psychological responses. It reduces our stress responses which we can say helps us see the world more peacefully and make decisions with less ego involved.

The ego itself is not bad; in fact, a healthy and balanced ego has helped humans survive. Other animals have it in varying capacities, but the ego has evolved through the centuries. Yet, humans that have a either an underdeveloped or overdeveloped ego can each have problems – perhaps depression or causing trouble to others in the world due to their self-centered nature. Being able to strike a balancing act of our needs and those of others is where empathy comes in, and marijuana can be a fantastic tool for accessing that part of the brain.

The Role of Entheogens In How We Perceive The World

Empathy, or the ability to put yourself in another’s shoes to see the world from a different perspective, has long been one of the foundations of marijuana culture.  Ask any cannabis user and we can tell you that while it’s difficult to explain why, we do feel a more amplified sense of love towards ourselves and other people under the influence. That’s why being able to feel empathetic and become a nicer person in general is easier for cannabis users.

After all, marijuana is one of the oldest entheogens known to man.

Entheogens refer to a plant-based substance that can induce a state of higher consciousness, and which can bring about a change. It has been used since ancient times for spiritual and religious reasons, so these findings are no surprise. Today, the use of entheogens are on the rise yet again, with marijuana being the most popular and accessible of the lot, given its wide legalization in the United States and the rest of the world. Its use makes mystical experiences more democratized, and as more people consume the drug, it can inspire feelings of reduce egocentrism.

“Many of the challenges facing the world today, such as the environmental crisis and hostilities within and between cultures, stem from a lack of appreciate for the profound interconnectedness of all people and all things,” wrote psycho-pharmacologist Roland Griffiths in his blog, discussing the ethical effect of entheogens.

Researchers at the University of Adelaide shared in 2017 the findings of their study that suggests, when we are in an altered state of consciousness triggered by psychedelic drugs, we experience a temporary loss of ego. Though the drug in the study was magic mushrooms and LSD, marijuana does have psychedelic effects when THC is used. “We know quite a lot about the neurochemistry of psychedelic drugs and how they work on the brain. What’s poorly understood is the more complex relationship between the brain, our sense of self, and how we perceive the world,” explains Professor Gerrans.

“This ‘ego dissolution’ results in a moment of expanded awareness, a feeling in which the mind is put more directly and intensely in touch with the world,” adds Professor Gerrans.

Society as a whole, globally, is now experiencing a shift in consciousness. Call it the woke movement, call it anything you want. But more people are using psychedelics than ever, and it has become clear that those causing problems in the world are those that don’t use psychedelics. 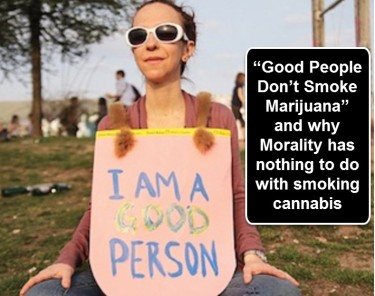 So You Know | CBD vs Hemp