How Did Delta-8 THC Became Legal All Across America? 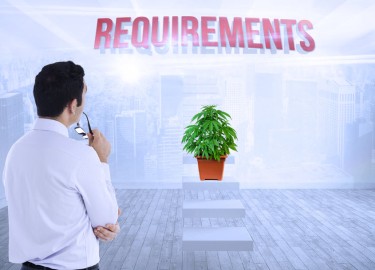 On the 19th of May 2022, a federal court in California ruled that the legalization of hemp at the federal level via the 2018 Farm Bill, eliminated restrictions on several cannabinoids as well as delta-8 THC.

According to reports from San Francisco Chronicles, the Ninth U.S. Circuit Court of Appeals determined that substances containing delta-8 THC are legal. This is because the federal statute defines hemp as any part of the marijuana plant including extracts, cannabinoids, and all derivatives that contain less than 0.3% by weight of delta-9 THC.

The court, during the ruling, affirmed that the Constitution is silent about delta-8 THC

Delta-9 THC, which is often called THC is the most prominent psychoactive cannabinoid in cannabis and stays federally illegal. It is categorized as a Schedule I controlled substance together with heroin, peyote, and methaqualone. In comparison, Delta-8 THC generally occurs in minute quantities in the marijuana plant.

However, modern production and cultivation techniques allow for minor cannabinoids to be refined and concentrated into consumer products. With that, delta-8 THC substances have grown in popularity over the years, particularly in cannabis legalized states.

Similar to delta-9 THC, delta-8 THC also has psychoactive properties. However, users claim that the experience is typically more repressed with mild side effects compared to delta-9 THC. Although some cannabis advocates and several health professionals have affirmed that little is still known about the possible risks and health impacts of delta-8 THC.

For its part, the Ninth Circuit panel remarked that while delta-8 THC has intoxicating and psychoactive properties, it does not fall within hemp’s definition of federal law, hence it is legal.

According to one of the judges in the three-judge panel, Judge D. Michael Fisher, wrote that regardless of the decision to legalize delta-8 THC, the Court won’t alter its judgment for Congress. All three judges that gave the ruling were appointed by Republican presidents. According to Fisher, if a loophole was inadvertently created by lawmakers who didn’t plan to legalize delta-8 THC, then it is congress’ responsibility to fix such a mistake.

The Ninth Circuit judgment originates from a controversy over apparent copyright and trademark violation that hinged on the legality of delta-8 THC. The controversy kicked off when AK Futures, a company that produces vaping products and e-cigarettes, accused Boyd Street Distro of producing sham versions of its products which contain delta-8 THC.

According to data on appeal, it was proven that delta-8 THC products produced by AK Futures are lawful under the Farm Act and hence may get trademark security. On the other hand, Boyd Street claimed the products in question were bought from an individual who claims to be AK Futures’ authorized dealer. AK Futures then claimed its full inventory for that same product had been sold out and won’t be selling the brand shortly.

According to the San Francisco Chronicle, Boyd Street’s lawyer, Darrel Menthe, argued that no evidence that Congress had plans to legalize delta-8 THC was brought forward. If substances that contain cannabinoids are considered legal, then state and federal governments will probably regulate cannabis products to make use of them safely and not advertised to children.

Darrell Menthe further added that Boyd Street has no primary plans to appeal the decision of the Court.

The director of NORML California, Dale Gieringer, during an interview with the Chronicle, affirmed that it would be more ideal from a policy point of view to just legalize delta-9 THC. He believes that since extensive studies and research has been carried out on the cannabinoid for decades, delta-9 THC is more understood than delta-8 THC.

The Aftermath of the Court ruling

With the 2018 Farm bill enacted into law, delta-8 THC and several minor cannabinoids are now in a kind of legal grey area. While a lot of businesses in the cannabis industry argue that the products are legal, a lot of legislators in many states believe otherwise.

Now, the controversy has bubbled up reaching the federal level. To this end, the Food and Drug Administration (FDA), earlier this month, published its first set of warning letters. The letters were issued to cannabis firms as regards the alleged illegal sale of substances that contains delta-8 THC.

Before the warning letters, the FDA had initially published a notice to caution consumers of such products. This approach is similar to how the FDA sent warning letters to several companies over unlicensed advertisements of CBD.

At the moment, the FDA regulations do not allow for the advertisement of cannabinoids in the food supply. However, cannabis advocates and lawmakers have been pressuring the agency to modify its laws to permit the marketing of CBD since hemp has been legalized at the federal level.

As things stand, both parties now have congressional lawmakers pushing the FDA to create new regulations on CBD. Dr. Robert M. Cliff, the FDA Commissioner, during a hearing at the U.S House committee, affirmed that he will be needing a lot of support from Congress to make such development possible.

According to Dr. Robert M. Cliff, the present councils on the food side of the drug side will not be willing to provide what is needed to achieve such a goal. Meanwhile, the Drug Enforcement Administration, since late last year, has signaled that delta-8 THC is legal under the law.

In the same last year, the Texas state government also declared that delta-8 was illegal. This was a development many oppositions challenged in court achieving a pause on the proposed ban by state enforcement.

The controversy between AK Futures and Boyd Street gave enough clarity regarding the legality of e-cigarettes and delta-8 THC products under federal statute. It proves that federal courts are not paying close attention to the loopholes in psychoactive hemp derivatives that were not found in the Farm Bill of 2018.

However, irrespective of your feelings about delta-8 THC, this is a major turnaround in the history of marijuana legalization. 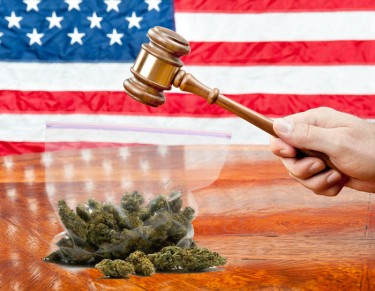